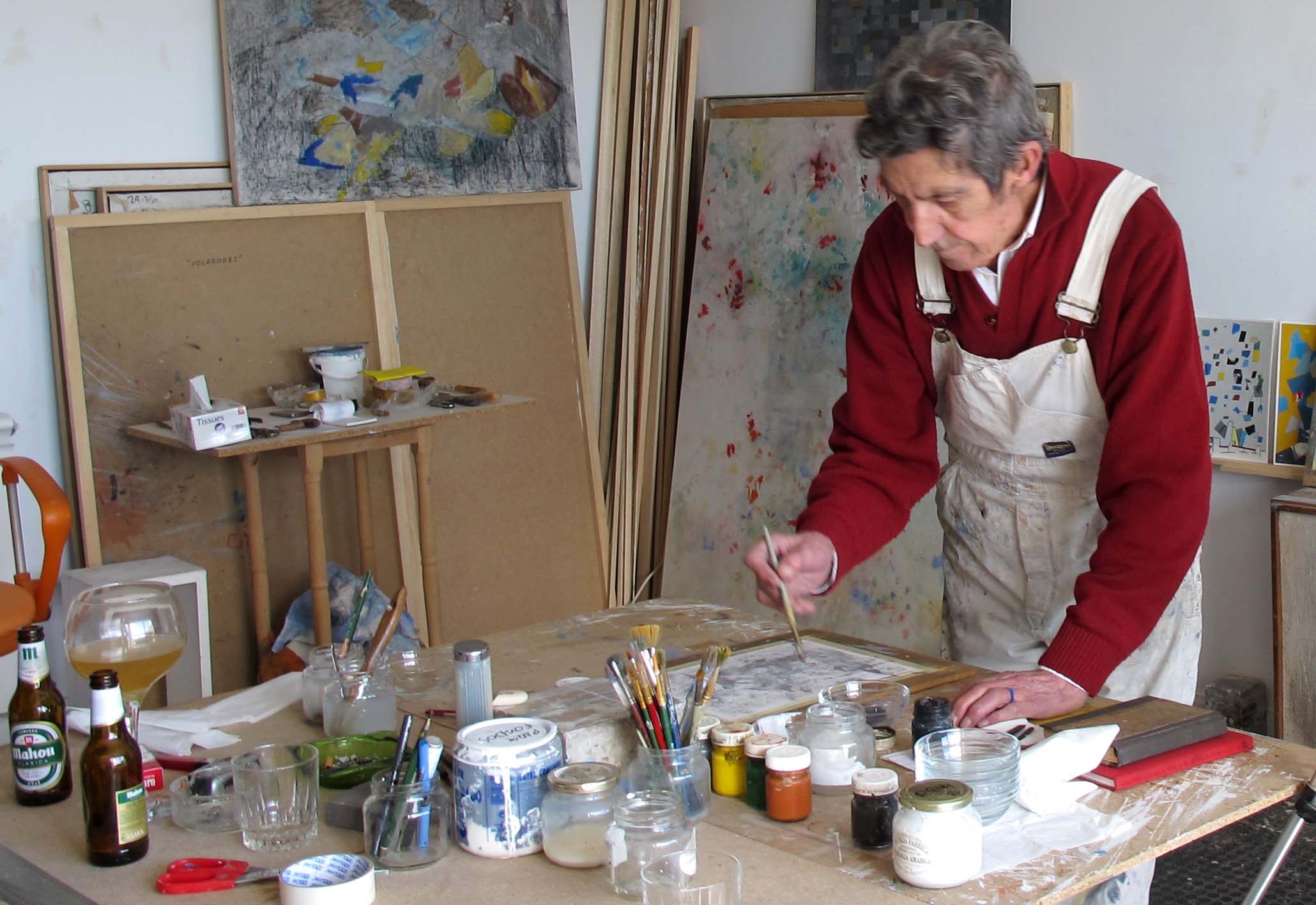 José Luis Balagueró (Zaragoza, Spain 1930) began his artistic career outside Spain. The curiousity and the necessity “to see further” in the grey atmosphere of Spain in the 50s would lead him to abandon his own land at an very early age. This was the only remedy available in order to strengthen his vocation for the arts by living in and experiencing firsthand the wider art world of that epoch. Balagueró has never forgotten that first occasion in Paris when he contemplated works by Paul Klee and Kandinsky. He confesses that this moment was decisive in his career.

After his experience in France, where he formed part of the vanguard group Látelier de la Monnai in Lille, he decided to open his horizons further still and jumped over the Atlantic to live in Chicago. There he remained during the 70s, experimenting years full of fertile inspiration incorporating new techniques and collaborating in artistic-environmental actions and installations with the Bulgarian Artist, Christo.

During the 60s and 70s, Balaguero´s studio in Chicago was the meeting point for Spanish artists passing through the city. The relationship developed with his good friend Manolo Mompó lasted until the latter´s death. These contacts revived his nostalgia for home,  and he decided to return to his own country where he now lives in Madrid, working in full maturity.

Balagueró has never stopped experimenting and learning. Daily he works on several different expressions simultaneously like a magician weaving his spells. Such prolific creativity  speaks of the passional relationships between materials, tones and gestures, thereby enbuing his work with rythmn, colour, geometrical constructions and movement. For Balagueró the essential is not exclusively the final definition of things but the process that leads to them.